Top 7 Signs My Son or Daughter Is Using Cocaine 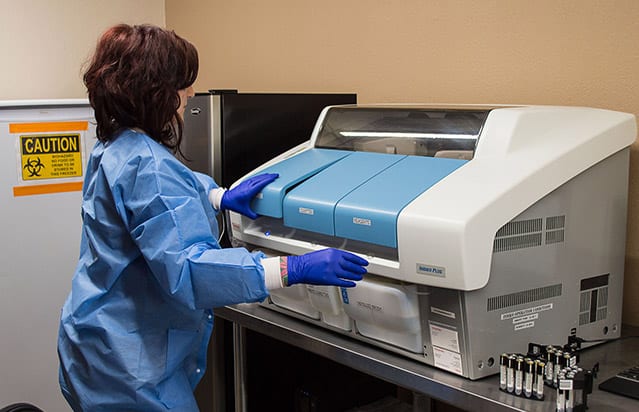 Cocaine is a powerful illicit stimulant that carries a high risk of abuse, dependence, and addiction. Knowing common signs of cocaine use can help you determine whether your son or daughter needs help fighting and overcoming addiction. Connecting your child with drug rehab treatment as early as possible can help lower their risk of suffering poor grades in school, problems with the law, and serious health conditions that commonly stem from cocaine addiction.

Here are 7 signs your son or daughter may be using cocaine.

Cocaine can be used in multiple ways, including snorting the powder through the nose or rubbing it into the gums. Take note of whether your child ever has white powder residue around their nose and/or mouth to determine if they may be using cocaine.

Pipes, razor blades, lighters, small mirrors, spoons, plastic straws, and rolled-up paper tubes are common forms of drug paraphernalia used for cocaine. Look for these items in your child’s bedroom or vehicle to find out if they’re using cocaine.

Snorting cocaine can irritate the sensitive lining of the nasal passage to cause nasal congestion, discharge, and bleeding. Sometimes, dealers mix or cut cocaine with dangerous additives and fillers that can trigger nosebleeds, such as talcum powder, rat poison, laundry detergent, and other highly potent drugs like fentanyl. Your child may be using cocaine if they seem to be experiencing nosebleeds more frequently than before or for no apparent reason.

Cocaine speeds up the central nervous system to make users feel more energetic, motivated, and confident, but many times these effects are exaggerated and can seem unusual and out of character. Pay attention to whether your child seems overly confident about things they can accomplish.

Cocaine can suppress the appetite and make it possible for users to go for long periods of time without eating. Loss of appetite and increased energy can lead to weight loss, which is common among users of stimulant drugs like cocaine. If your son or daughter seems to be eating less food but is still able to function and go about their normal day, it’s possible that cocaine use is a factor.

The effects of cocaine usually last for several minutes, after which point users tend to crash and become irritable, agitated, and paranoid. In addition, long-term cocaine use alters brain chemistry to increase the risk for mood disorders like depression and bipolar disorder. If your child frequently experiences mood swings, cocaine use may be to blame.

America’s Rehab Campuses can help your son or daughter overcome cocaine addiction using a range of evidence-based treatments, such as drug or alcohol detox, behavior therapy, and dual diagnosis therapy. Contact us today to learn more about how our professional addiction treatments can help your child achieve improved health and long-term abstinence from drugs and alcohol.