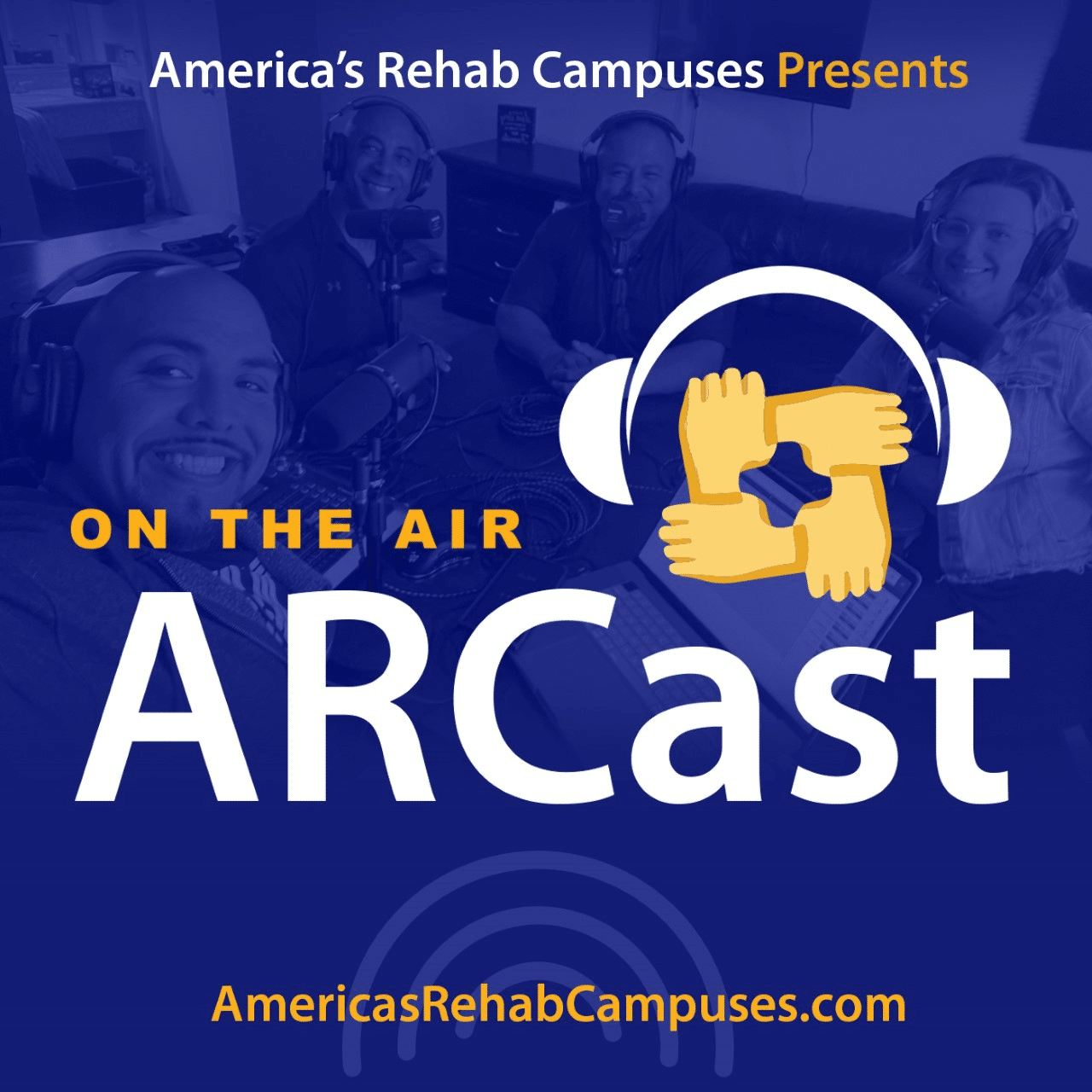 America’s Rehab Campus has officially released its first podcast episode of The ARCast with special guest Ray Benitez, our very own Intensive Outpatient Program Supervisor. Hosted by the amazing Buddha and accompanied by NFL legend Vance Johnson and ARC marketing director Mikayla, Episode 1 of the ARCast shares real stories of success from different points of view.

Buddha starts introductions around the room to introduce the audience to the people behind ARC’s success and mission. With a personal connection to episode guest Ray, Buddha dives straight into Ray’s background and the incredible story that has inspired so many people around him.

A local to Tucson, Ray grew up in a one-parent home and struggled to cope with separate childhood trauma that ultimately spurred his dependence on substances. Ray’s transparent telling of his story breaks down the connections between unaddressed trauma and eventual substance abuse and addiction. In a heartbreaking turn, one of the other children in Ray’s neighborhood suffered similar abuse before going missing and being found posthumously.

From that point on, Ray lost self-esteem for himself due to viewing what happened as happening for a reason that he could control. Trying to find healthier outlets, Ray threw himself into high school sports and extracurriculars but he was still haunted by his lack of self-confidence. Finally experimenting with drug use, Ray found the same solace so many other individuals discover under the influence of drugs and alcohol, without the understanding of what substance abuse can do to one’s life.

Ray began using drugs more heavily as he entered adulthood due to compounding mental stress and increased tolerance. Looking back, he considers how his life may have changed had he spoken to someone about his traumatic experience sooner in life and encourages others to do so.

Now a father, Ray’s childhood experiences caused him to project his traumas onto his son, putting Ray into a state of constant fear and paranoia that something was going to happen to his family. His solution at the time was to self-medicate even more heavily with cocaine, amphetamines and alcohol.

As the substance use worsened, Ray entered a psychosis where hallucinations and reality began to blur. During one of these episodes, he brandished a firearm in response to a hallucination and took the life of a friend’s family member caught by a stray bullet. By the time the episode ended and he came back to reality, he had already been arrested for his actions not knowing what had transpired leading up to his arrest.

Host Buddha shares his story of seeing Ray, his uncle, go through this turmoil and eventually seeing him admitted into an ARC program in 2016. While some assume that drug and alcohol use ceases in prison, Ray’s addiction actually worsened during his prison sentence to using drugs such as methamphetamine and heroin.

After his release, he was faced with the decision to continue using substances and return to prison or find treatment and pursue recovery. When he found ARC, he was welcomed with open arms with no judgment of his past. The compassion he felt made him feel at home even during the hardest parts of his recovery. Like with many success stories, Ray experienced multiple relapses before achieving long-term sobriety after his third attempt.

Thanks to his experiences and abilities, Ray was eventually approached by ARC after his successful recovery to join the team and help others through similar challenges. Strong team members with real-world experiences such as Ray are what puts ARC treatment programs among the best in the country.

To listen to this episode, catch up on previous entries or to stay updated, you can find ARCast episodes here on Spotify. If you’re in need of addiction treatment for you or a loved one, reach out to the ARC team today to get started on your own success story.